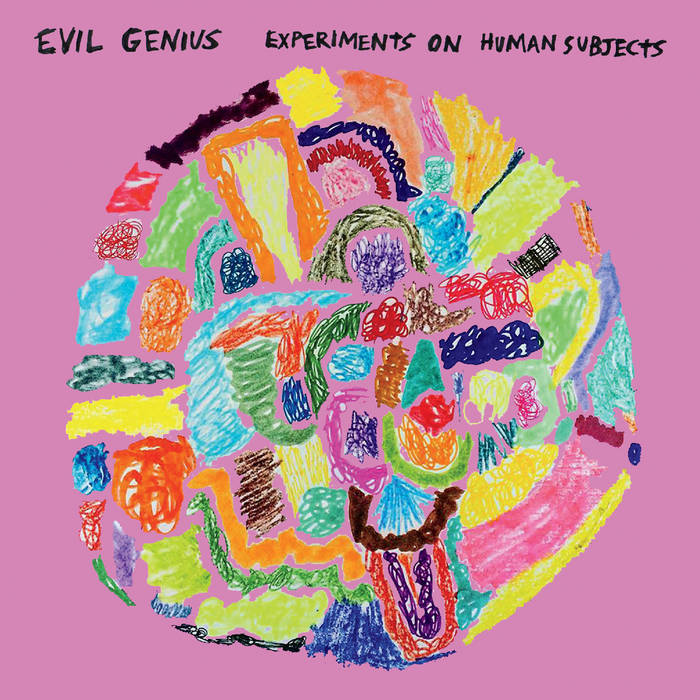 Critically acclaimed experimental jazz-rock trio Evil Genius returns with their second full-length release, Experiments on Human Subjects on Orenda Records. This new collection utilizes an even broader palette of sonic madness, with more extensive through-composed material and traverses vast stylistic terrain with gleeful perversity and scorched-earth impunity. What remains from their 2015 debut Bitter Human is the group’s remarkably nuanced interplay and freedom to glide effortlessly as individual voices united by a common mission.

Experiments On Human Subjects was primarily conceived during the band’s first national tour. Song titles and the associated compositions were derived from personal experiences both on and off the road. The mood and tone shifts frequently from devastatingly hilarious to extremely subdued and occasionally teeters on the edge of oblivion. The Napalm Death-influenced opener, “Skateboarders Versus Security Guards: Double Agents In A Proxy War Between the Forces of Good and Evil,” as well as the static swing of “An Iron Post In A Velvet Footing,” were both inspired by tubist Stefan Kac’s experience working as a security officer in the San Fernando Valley. The looping, mutated disco of “Tour de Stadt” was inspired by a competition between guitarist Max Kutner and several friends…  more